.About me
About Mel
.Genealogy
.Eat My Dust
.My Quilts
.Short Stories
.Links
.Guestbook
.Got Something to Add
Brothers in Law
IMPACT
.The Village That Was
.Soulsby Family
Page Last Updated.
Links
08.03.2021
MELANIE
Responding to a difference of opinion regarding behaviour and disobedience, hands on hips,  nearly four years old, Melanie stubbornly announced IM THE BOSSY BOOTS IN THIS HOUSE this assertiveness she would carry through the rest of her life. I am inclined to attribute this strength in her character to spending time at The Christian Day Care Centre in Moonee Ponds run by Mr and Mrs Potger (parents of Keith Potger of The Seekers fame). Mr Potty, as she called him, had acquired a Golden Labrador puppy and he seconded Melanie from the play area to assist when training the puppy.
Her father, Colin had died after suffering from colon cancer and at the young age of 22 months she was somewhat shielded from the full impact of this loss. After forming a bond with her grandfather, he allowed her to accompany him while performing his policing duties. The Police Station at Riddells Creek, where she was now residing, was attached to the residence; she practiced her typing skills on his typewriter and played with date stamps etc. According to some of the locals in what was then a rather small community, she accompanied him in his vehicle to homes where he delivered summonses. It was claimed by a resident, that because she had fallen asleep against him in the car and not wanting to disturb her, he tooted the horn for the unsuspecting recipient to approach the vehicle to receive a summons. It wasnt too long before Melanie considered herself as second in charge of the Police Station and one day, in Jacks absence, she rushed to answer a knock at the front door, beating her grandmother by at least a couple of metres. The caller barely had time to announce himself when she blurted out Pas at the pub. The smiling District Inspector thanked her, said a polite Good afternoon to Betty and continued on his way through to Kyneton.
Together Melanie, Damian and Mum had recently moved to Ascot Vale after spending six months or so living with the grandparents at the Riddells Creek Police Station. They moved to Melbourne for work and to start a new life. One Saturday, the end of the working week, her mother was particularly busy with washing and housework; Melanie decided to slip out the front door and go walkabout, she crossed two very busy suburban roads  including Mount Alexander Road which had trams constantly bearing down, rattling along clanging and screeching and overhead wires flashing. About two and a half miles away was the even busier freeway which for her was the road back to Riddells Creek and her grandparents. She had spent a large part of her very young life there. Emerging from the bathroom her Mum couldnt see or hear her playing or watching TV, after a quick look around the house and yard she realised Melanie had done a runner; she ran for the phone, called Uncle Mick who was Commander of the CIB at Russell Street Headquarters; no sooner had she hung up the phone than an announcement and description of Melanie came over the radio airwaves and within minutes two patrol cars screamed to a halt outside the house; what seemed to be a swarm of plain clothed and uniformed police emerged swinging into action. Firstly, they started searching along the railway tracks at the back of the house and interviewing neighbours. They sternly ordered Mum not to move from the house and a patrol car left and returned in about 20 minutes with a little blonde, quite unperturbed, passenger. Her mothers relief was immeasurable. Not far from the freeway, a couple of council workmen had seen a little barefoot child in shorts over a nappy and no shirt, making her way, at quite a pace towards the busy freeway; they asked her where she lived and where she was going; her answers being unsatisfactory they took her to a nearby service station and the police were contacted. When they arrived to identify and collect her, she had by this time consumed her fill of ice-cream and soft drink.
Damian Stockton was born in Melbourne after a long and tiresome labour. His first months were plagued by episodes of projectile vomiting which made feeding times worrisome, he was also a hyper-active child, though treasured by his parents, any thoughts of having another child were quickly dismissedbest laid plans and all that. Melanie Caroline Stockton was born at Calvary Hospital in Adelaide in April 1970. She wasnt a planned baby. Her parents went to a party, over-imbibed, and frolicked with gay abandon upon returning home in the early hours. She was the first granddaughter for Betty and Jack; this was of significance after quite a few grandsons had been born to the family. A telegram went to the Gisborne Post Office and the telegram delivery boy was instructed by the Postmaster to do a sweep of the shops as it was shopping day in the Patterson household and Betty and Jack were somewhere in the commercial centre, it didnt take long to locate them and give them the good news Its a girl! This was a sweet victory for her mother who secretly wished for a female knowing that if she openly expressed this preference then she would surely have another boy. 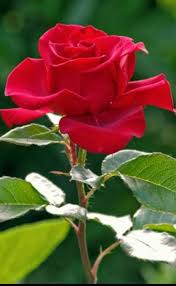